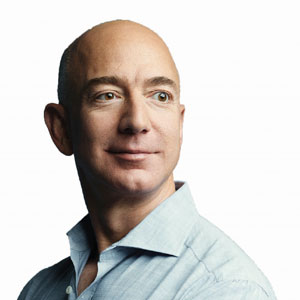 Jeff Bezos Chairman, President & CEO
Unlike the other eureka moments that Jeff Bezos, the CEO, chairman, and president of Amazon and his team have had in his garages, Amazon Alexa was not one of them. And why would it be? Back in 2014 when Alexa was finally launched, Amazon was already a giant. In 2013, Bezos had secured a $600 million contract with the Central Intelligence Agency (CIA) on behalf of Amazon Web Services, and Amazon had been recognized as the largest online shopping retailer in the world. Nevertheless, the whirlwind that Alexa started in 2014 has truly re-inventing the conversational platform space.

Inspired by the computer voice and conversational system in the Star Trek movie series, today Alexa offers the capability to deliver weather reports and stream music from the user’s Amazon Music accounts. In the home automation space, Alexa can interact with devices from several manufacturers including Belkin, ecobee, Geeni, IFTTT, Insteon, LIFX, LightwaveRF, Nest, Philips Hue, SmartThings, Wink, and Yonomi. The home automation feature was launched in 2015 through which developers were able to create their own smart home skills using the Alexa Skills Kit.

Having established itself as the most popular AI-enabled voice interface for consumers around the globe, Alexa launched its niche conversational services for enterprises. With Alexa for Business, the organizations are empowered to voice-enable its applications, which then allows the employees to join meetings, get information, and report issues—all this by simply asking Alexa to perform the activities. Enterprises can leverage features such as Alexa built-in, user enrolment, and skill assignment capabilities to manage their operational efficiency. The organizations can also benefit with the shared devices capability, which allows them to provide access to any user such that they can leverage Alexa in common areas around the workplace as well as personal Alexa devices for employees to use. While through the shared devices option, Alexa simplifies the conference room operations, through its personal devices, the tool can assist users to be more productive throughout their day, whether at work or at home.

There are now over 30,000 skills from outside developers, customers can control more than 4,000 smart home devices from 1,200 unique brands with Alexa

Further, they can also operationalize custom voice skills using the Alexa Skills Kit and the Alexa for Business APIs.

Using the Alexa Skills Kit, organizations can build their own skills by choosing to make these available to the shared devices and enrolled users in an Alexa for Business account. Alexa ensures that the skills created don’t have to be published in the public Alexa Skills Store in order to leverage them. In addition, many varied APIs are provided for the businesses that they can add to their existing skill sets. This not only enables them to build specific skills for key locations but also to develop them in a seamless manner. Many companies have been leveraging Alexa for Business and the results have been spectacular. In an instance, Polycom has created skills using Alexa for Business device API to automatically turn on Polycom video conferencing equipment and start meetings. In another example, Salesforce has built a skill that allows customers to access Einstein Analytics and insights by using the business features that Alexa provides.

Today, Alexa may not be the main driver of Amazon’s revenue, but the voice assistant is getting the spotlight for growing Amazon’s brand in 2018 and being a focus in the year ahead. “We’ve reached an important point where other companies and developers are accelerating adoption of Alexa. There are now over 30,000 skills from outside developers, customers can control more than 4,000 smart home devices from 1,200 unique brands with Alexa, and we’re seeing strong response to our new far-field voice kit for manufacturers. Much more to come and a huge thank you to our customers and partners,” concludes Bezos. 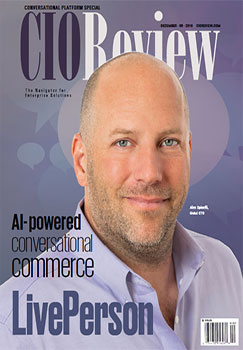