Leveraging the True Power of Networking

Leveraging the True Power of Networking 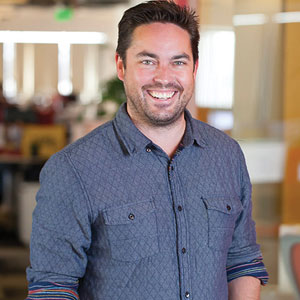 Being the Founder and CEO of one of the country’s largest independent digital marketing firms, I’ve had long experience with networking.

Networking may be one of the most underappreciated aspects of the digital marketing industry. The natural connections you make over the course of your career can have impacts in surprising ways; sometimes the connections you expect to be fruitful will sputter out, and sometimes the connections you didn’t even expect to make turn out to be enormously helpful and productive. As long as you go in with an open mind and a belief in helping others as well as yourself, networking can pay off unexpected dividends.

Drop the “What Can I Get Out Of This” Mindset

For me, the biggest learning I’ve ever had with regard to networking is simply dropping the mindset of evaluating precisely what I wanted to get out of the relationship when I went in. Looking at networking with such an optimized and performance-minded outlook might sound good in theory, but the practice is often radically different. The biggest gains I’ve gotten from networking have often come from the introductions that seemed the least likely to be fruitful when they happened. The reverse was often true as well: the contacts I was so set on getting often didn’t turn out to be much.

Expectations of what may happen–and what “should” happen–can often cloud your judgment as to what decisions are actually best to take. The truly profitable way to approach networking is to have an open mind and treat all connections equally. With all connections equal, then all successes are celebrated and all missed connections are simply that: missed, with nobody worse the wear for it. This will allow you the freedom to fully capitalize on the connections that you do make, leading to relationships that benefit everyone involved.

Networking is about mutual connections, and if you go in only trying to improve your own position, you’ll come away empty handed

Consider an example. You know you’ll be attending a conference at which Company A and Company B will also be present. Company A is a large and experienced firm that you’ve been looking to make a connection with for a long time. Company B is a small technology startup that is just getting its footing in the industry. Your hope is that Company A will be able to provide you with expertise and perhaps even referrals, but while you plan to speak to Company B, you’re not sure of the value they can provide to your company due to their relative size and newness.

However, in working with them both, you find your expectations subverted. Company A proves difficult to work with due to organizational inertia, but Company B, being young and nimble, is excited to work with a larger industry player like your business. They offer you an extended trial use of their software in exchange for blog posts about their technology on your company blog. Through this connection, both of your companies benefit, while the connection with Company A is simply filed away for a later date.

A business should always look to approach networking with the above scenario in mind. You never know who might be perfectly positioned to best help your company until you talk to them and make that connection!

However, it’s important to keep in mind that the real power of networking is in more than simply extracting benefit from a relationship: it’s about expanding your orbit and increasing your knowledge, both of your industry and the people in it. The more people you have working with you, the more you can expand your horizons and discover new strategies, technologies, and potential business partners. The perfect new technology you may never have found out about on your own could fall into your lap thanks to a networking connection you made at a conference. Exciting and innovative new marketing strategies could be introduced to you by someone you met at a summit last week. The possibilities are endless when you consider the value of simply being more personally involved in your industry.

As you expand your orbit, you can also set about telling your story. Let others know what you’re about and what you’ve accomplished. You may be the one to bring another business that critical new strategy or amazing new technology that they’ve been looking for, and you’ll be paid back ten fold in good word-of-mouth and new referrals and connections that they’ll undoubtedly provide you. Networking is about mutual connections, and if you go in only trying to improve your own position, you’ll come away empty handed. Approach others with a mindset of helping them, and you’ll be gladly helped in return.

Which introduces the last, and most important, point: listen to others. The best networkers I have ever known are those that are actually amazing connecters of others. They don’t just connect themselves and another business; they connect businesses to each other, simply because they are able to make the introduction, and enrich everyone around them as well as their own company. Creating positive connections has a ripple effect: you’ll impact people reaching far past the sphere of your own immediate influence, creating a trail of goodwill that can extend far further than you ever expected. This way of providing value has a way of finding its way back to you over time as those you’ve connected in the past repay you for that kindness in the future.

Networking for the Future

Networking is really all about generosity. Being generous to others, by helping them or finding them the connections they need, will bring generosity back to you a thousand times over. Keep an open mind, be a connector of people, and you’ll reap the many powerful rewards of networking.

THE CHALLENGES OF CYBER-PHYSICAL SYSTEM SECURITY

How to Build an Effective Content Strategy Others Will Envy

A Collaborative Approach to Wealth Management