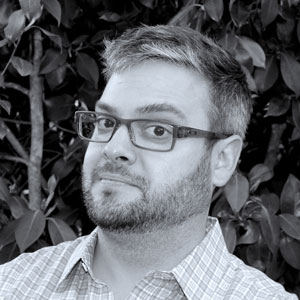 Communication is the fundamental foundation upon which modern society was built. Without words, pictures or symbols we wouldn't have been mentally capable of developing the process of being able to formulate complex thoughts or ideas or even to express the most basic of our primal needs. However by some random chance, we took the right evolutionary steps that would lead us to where we have today both as a society but also technologically. If you consider the past twenty or so years alone, it is quite literally astonishing what we've been able to accomplish. In essence we are now at very fundamental cross-roads in which we are now fully capable of building systems that have the ability to communicate with us and interact alongside us or for us. But where does that leave us?

Rise of the Bots

The concept of bot base communication isn't new. The origin story takes us back to 1964 with ELIZA from MIT's Artificial Intelligence lab and their pioneering journey to create an intelligence that could potentially pass the Touring Test this means a system that could trick a person into believing it was indeed human. While this pioneering work led to many advancements in the study of text based processing and early natural language processing "NLP". There were other technologies that were also fundamental to establishing the base upon which all modern conversational systems have evolved: The internet, email and text messaging.

The internet enabled a very real speed up in terms of remote communications and what started as a means of scientists sharing research brought us email and the world wide web. These evolutions brought forth text messaging in 1992, which led to instant messaging via AOL in 1997. A short few years later we would have our first popular chat bot called SmarterChild in 2000. The common thread amongst these developments is time. We spent most of our short history figuring out ways of doing things faster and improving upon ourselves. We had horse power via actual horses, then steam power, the gasoline engine then the jet turbine. We had letters, replaced by the telegram, then came the telephone, email, text and instant messaging.

In short we are always trying to increase the speed and efficiency of ourselves through technical evolutions which enable ourselves to do more and more without having to invest the same amount of time in every avenue of thought or activity. Ray Kurzweil famously wrote about the trajectory of advancements with respect to AI and one of the more interesting thoughts was that we have already entered into the Age of Cyborgism due to the fact that we had already begun to exceed the capabilities of brains own evolution and in order to progress further we'd have to rely more and more on computer. This was in the late 90s but can be seen easily just by looking down at your phone and thinking about the applications you use the most and why. Do the apps you use help increase your own throughput?

Apple, Google and Amazon have already brought to market the first virtual assistants: who are always on, always ready to serve and who try their hardest to increase your own productivity. Through natural language we can dictate things and by magic we have reminders setup, to-do lists generated, home automation controlled for us, texts answered, restaurants found, groceries ordered, and dinner waiting when you get home. Without having to do more than ask you've now completed all your chores and can focus on the things that matter most to you. These virtual assistants play a key role in reducing the cognitive burden of cramming always more into our to-do lists while also allowing for a natural separation of concerns: You focus on work and family or life and they simplify your life and allow you to multitask while sitting in traffic or walking to your next meeting. Just Ask.

The next evolutionary step of these conversational platforms will come from their ability to predict what the user is thinking and to always be one step ahead of them for that user's personal benefit. This means building out a sophisticated behavioral knowledge graphs for each and every user across millions or billions of decisions. From 2004 to 2014 people moved away from traditional web browsing and relied on more push based models through apps on their smart phones. Now there is a more natural resistance to installing yet another app and people are also more sensitive to where and how their personal data is being used. People are however willing to allow their data to be collected and used if they trust the brand associated. As an alternative more text based alternatives are hitting the market on top of the messaging systems that are widely used and downloaded by the masses. Unfortunately understanding a user's behavior via text only medium will make it harder to fully understand what really makes a user tick.

Consider for a second the sheer amount of personal information we've enabled to be collected from ourselves on a daily basis. From smart watches, to other smart devices, we exchanged our data freely in order to enable a much richer set of capabilities from the systems we regularly use. We allow these systems to learn about us over a certain subset of specific categories but it will be the connection of these subsets that will lead to a larger general behavioral profile of a user. This I believe is also the key to unlocking the next wave of intelligent, behavior driven conversational AI. Imagine you are running late and stuck in traffic, given your playlist combined with your current average heart rate, your next gen assistant asks if you would like to try to cancel your first meeting of the day. In order for these future systems to work we will have to trust the platforms to use our data for good, and in exchange we can simplify our lives so we can focus on doing more while ultimately actually doing less.

The Journey to Swift Digital Transformation

Virtual Immersive Learning: The Next Frontier in Higher Education

Making the Case For Moving from Health IT to Health Analytics

Data as a Business

Ricardo Leite Raposo, Director of Data & Analytics at B3