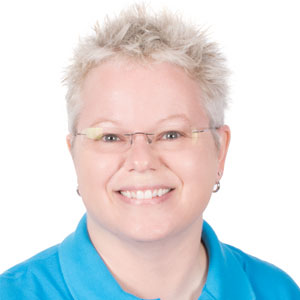 Ten years ago, companies around the globe were struggling to understand how mobile application capabilities fit into their enterprise strategy. Today, our challenge is making sure we are bringing the enterprise with us as we advance our mobile strategy.

In the last decade, we have watched languages like Swift go from development to becoming mainstream. Android Studio went from its infancy to a stable IDE, and we have advanced our continuous integration and continuous delivery (CI/CD) streams, allowing mobile to have a seat at the enterprise application development table. We no longer wonder how mobile will play a role in client adoption; mobile is now an expected part of how we interact with users in today's world.

In 2008, I wrote my first iOS application using iPhone OS 2. It was 2009 before I released an enterprise application. The development of this application was done just like any other application development project, except people at that time didn’t understand what we were doing. We were developers learning to use new tools that were often not ready for broad use. We were learning as we coded and what we didn't know, we spent countless hours trying to understand. From the outside, people knew we were using languages that were different, and the learning curve was steep. We had to hire people with niche skills, and often the challenges from iOS didn't translate to the world of Android, or vice-versa.

Today, the challenge has changed. Mobile developers are no longer perceived as niche; they play a critical role and are key drivers of innovation. But while almost every company now has a mobile development initiative, many have not yet determined how to seamlessly integrate mobile development with the broader work of the enterprise.

Mobile developers are no longer perceived as niche; they play a critical role and are key drivers of innovation

When I first joined Northwestern Mutual, I heard resounding feedback from across the development community that there was interest beyond just increasing our mobile capabilities. Developers wanted to know how they could create mobile apps and help drive mobile adoption. Northwestern Mutual’s experience is similar to many organizations, both small and large. We had numerous skilled developers bringing new capabilities to life every day across our web properties, and those developers outnumbered our mobile developers significantly. We recognized the need to create an environment where enterprise strategy and mobile development could become co-creators of a wholistic, integrated digital strategy.

With our strong development skills in React, we embarked on building a mobile practice that would enable developers from around the company to contribute to a component library. By leveraging these components, developers can now quickly and consistently build a mobile app. However, not every situation is perfect for a hybrid solution leveraging React native. For our client-facing mobile applications, we rely on the native strengths of iOS and Android. But for a growing number of new mobile applications, we need the help of the enterprise, and have developed a hybrid solution that allows us to deliver mobile solutions at a pace closer to demand.

As we look to the future, we know mobile innovation will only increase and accelerate the pace of change in our industry and beyond. Companies that learn to effectively integrate mobile development and enterprise strategy will be in the best position to succeed.

Leveraging Quality Engineering and DevOps to thrive in the face of...

Pioneering the Future Through Technology Innovation